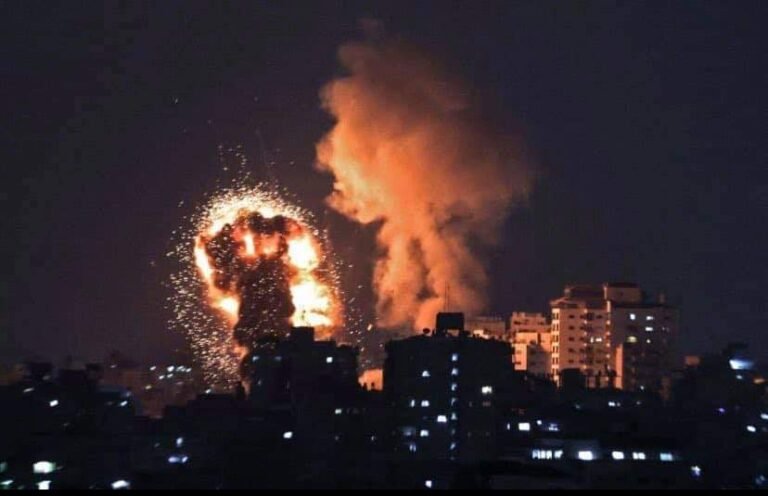 The UAE has joined Saudi Arabia, Jordan and Oman by calling for Israel to end its border breaches after violence escalated over border disputes.

Palestinian health officials said at least 22 people were killed by military strikes from Israel. Those figures are said to include nine children.

More than 700 Palestinians have been injured since the outbreak of violence across the West Bank, Gaza, and Jerusalem.

UAE Minister of State, Khalifa Al Marar, said authorities in Israel must “assume their responsibilities in line with international law to provide necessary protection to Palestinian civilians’ right to practice their religion and to prevent practices that violate the sanctity of the holy Al Aqsa Mosque”.

The Arab League will meet today to discuss the issue. And the Arab Parliament will hold an emergency meeting on May 19 in Cairo.

“The meeting will discuss Israeli crimes and attacks in the occupied city of Jerusalem, Islamic and Christian holy sites, especially Al Aqsa Mosque, and attacks on worshippers,” said Hossam Zaki, assistant secretary-general of the Arab League.

Tensions started to rise last week when Israel revealed plans to build hundreds of new homes in East Jerusalem. Many were concerned this would cut off East Jerusalem from Bethlehem and undermine the peace process in the region.