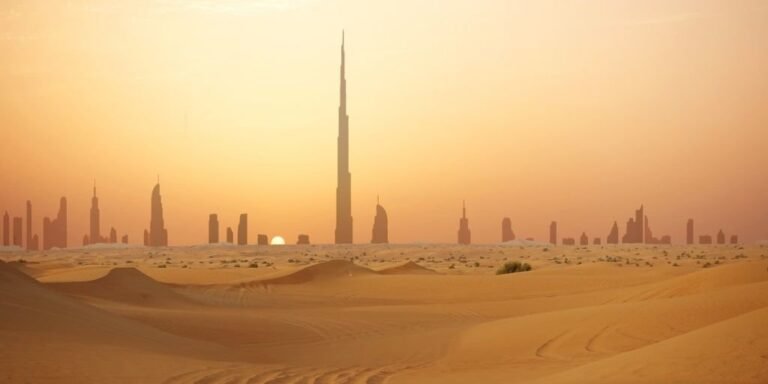 It’s been 24 hours of wild weather across the UAE with two earthquakes and pre-summer high temperatures of 49.1°C recorded in Dubai.

There have also been heavy rains recorded in the Eastern mountains and several fast-moving dust storms along the coastline.

And the bad news is that the high temperatures and wild weather are set to continue for most of this week across the UAE.

There’s been heavy rain fall due to cloud seeding on the Eastern mountains near Fujairah. And closer to home, it could rain in the afternoon this week in Dubai and Abu Dhabi.

And the NCM is warning of some pretty heavy-duty dust storms along the coastline over the rest of today.

Add in some low-grade earthquakes, and it’s almost like we’re playing some mad game of weather bingo!

Although before you get too alarmed, these were low-grade earthquakes that occur around 3-4 times a year.

The forecast for the rest of the week is for temperatures to stay in the mid to high 40s. Which is still a few degrees short of the hottest ever recorded which was in 2002 when it reached 52.1 degrees Celsius.