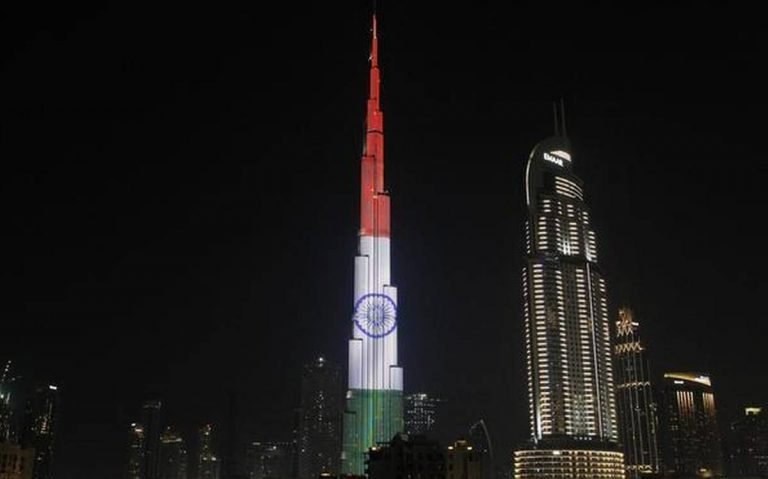 UAE landmarks light up in solidarity with India

UAE landmarks light up in solidarity with India

Landmarks across the UAE lit up as a show of support for India which is being hit hard by a second wave of Covid-19.

The #StayStrongIndia hashtag and campaign has been re-Tweeted and shared across social media.

And Dubai’s landmark buildings also did their bit to show support by lighting up with the Indian colours.

The Burj lit up in India’s green, white and orange colours as they posted a message of ‘hope, prayers, and support to #India and all its people during this challenging time.’

And landmark buildings including Capital Gate in Abu Dhabi were also involved.

India has recorded the highest number of daily Covid-19 cases in the world to date with India 352,000 new cases in the last 24 hours.

In total, India has registered nearly 16 million cases, second only in the world to America.

To date, India has announced over 185,000 deaths from Covid-19 since the start of the pandemic.

It’s also had an impressive vaccine drive. More than 130 million doses have been given to health workers, frontline staff and those above 45. But with a population of more than a billion, they’ve still got a long way to go.

The UAE has also confirmed it’s been sending aid to India to help cope with the Covid-19 crisis.