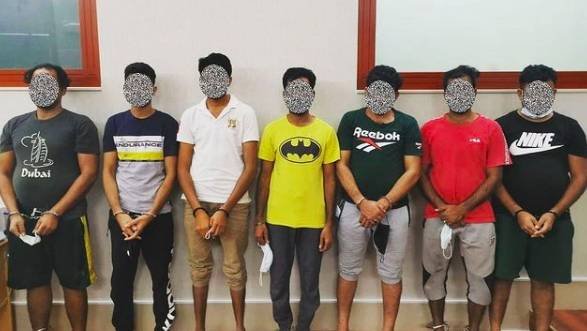 Police in Umm Al Quwain have arrested the ‘Cool Gang’ whose speciality was stealing air conditioning units from the emirate.

The ‘Cool Gang’ – as only we have called them – were wanted for the theft of AC units across Umm Al Quwain. They were also reported to have stolen electrical wires as well.

The gang of Asian men were followed by undercover police before being arrested.

The ‘Cool Gang’ admitted the thefts during the interview and have now been referred to the Public Prosecution.

Seriously guys – stealing someone’s AC unit in the middle of the summer is not cool. And yes, that pun was very much intended.

Jet skis have been banned from Palm Jumeirah and Dubai Harbour as of now with fines of up to AED500 per jet ski if you’re caught.

The ban has been brought in after residents complained about out of control jet skis near designated swimming zones.

“This is to inform all stations that jet skis are strictly prohibited inside Palm Jumeirah and Dubai Harbour areas,” the DMCA notice said.

“Jet skis shall not enter the areas and offenders will be strictly penalised.

“Owners, agents, charters, marinas, yacht club and recreational sailing organisations shall ensure that the details of this circular are made known to the owners or persons in charge of their vessels.”