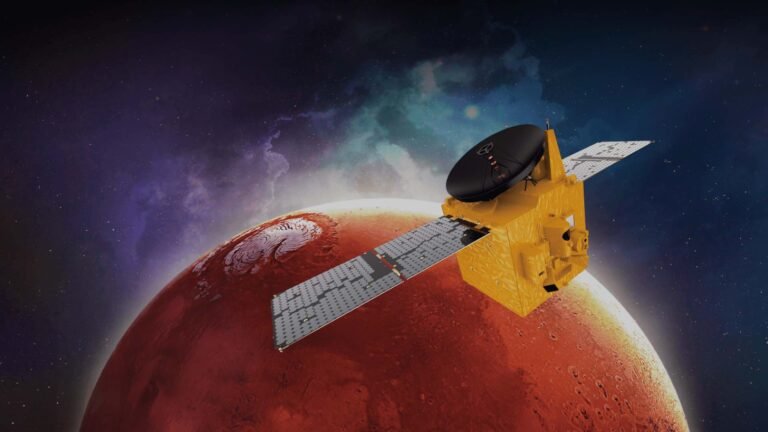 It’s been just over a year since the Emirates Mars Mission blasted off and the team behind it have said the mission has so far ‘exceeded expectations.’

The Emirates Mars Mission blasted off from the Tanegashima Space Centre last July 20.

And since then, it’s flown above and beyond expectations.

Along the way, it’s covered 493,000,000 km on the way to Mars. And they’ve only had to correct its course via Trajectory Correction Manoeuvres four times when they expected seven TCMs.

They’ve even been able to take extra measurements and readings during the first year.

“We’ve had quite a lot of ‘wiggle room’ in addition to our planned parameters and our confidence in our spacecraft has gone from strength to strength, to be honest. We were able to cut the number of trajectory correction manoeuvres, perform additional observations during our flight to Mars and now have added a whole area of scientific study to the mission that I can only describe as a ‘bonus’. It has been a very busy year indeed for Hope!” said EMM Project Director Omran Sharaf.

They’ve now activated the ship’s Ultraviolet Spectrometer (EMUS) instrument which tells us how much oxygen is in the atmosphere.

The Emirates Mars Mission is also tracking dust on Mars. And it should be able to put together a complete picture of the weather on Mars.

Which could lead to scientists discovering once and for all if there’s water on the planet.

The probe orbits Mars every 55 hours. And sends back full data every nine days during its two-year mission.