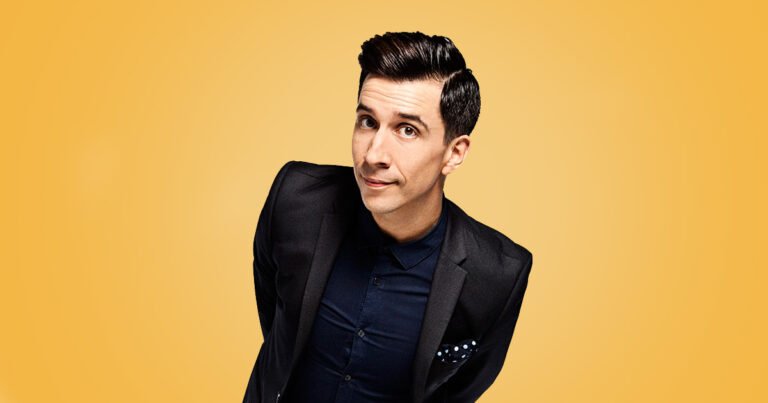 And if you’re a fan of Russell Kane and his fast-firing comedy, keep Wednesday, September 29 free as he’ll be playing at the Dubai Opera.

The UK comic has been a mainstay on the comedy circuit for over a decade. He’s got dozens of TV appearances behind him including hosting the BBC’s Stupid Man and Smart Phone.

But he’s probably best known for his social media videos and podcasts that often go viral.

Virtually no topic is off-limits for him. And thanks to his energetic style, incredible facial expressions and deadpan delivery, he knocks it out of the park every time.

Kane started his career in 2004 and quickly went on to win Best Show at the prestigious Edinburgh Comedy Awards.

And he also made history when he won both the Edinburgh Award and Melbourne Comedy Festival’s Barry Award in the same year. Which in the comedy world is like winning the Euros and the World Cup back to back.

If, like us, you’re a big Russell Kane fan, you can grab your tickets here.