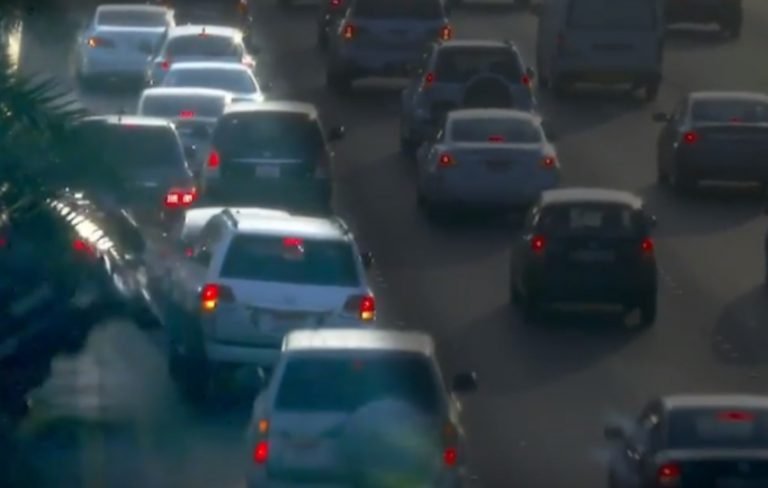 Getting stuck in traffic can seriously test your patience, but this driver’s accident caught on radar comes with a warning from Abu Dhabi Police, to leave a safe distance between the vehicle in front.

See how this SUV swerved after a crash in Abu Dhabi

Radar footage shows a busy freeway in the capital. As traffic builds up, all the cars slow down beside a Jeep Cherokee which crashed into the rear bumper of a Toyota Land Cruiser and eventually swerving on 2 wheels over the entire side of the SUV. Both the cars were damaged. Check the video:

Remember when this driver crashed into Burjuman?

Be careful, residents. This year has seen some unexpected accidents. Among them was the improbable Burjuman crash, wherein CCTV footage showed an SUV crash into an ATM branch inside the mall. There weren’t any injuries or casualties suffered. Take a look:

2018 a crazy year for car-related accidents

Meanwhile, Saudi Arabia had an unusual year for car-related issues. Starting with jumping in front of a speeding truck to an arson attack on a vehicle and now, crashing into a shop. Earlier this month, CCTV footage showed a Toyota Land Cruiser crash into a sedan and then into a salon. Check out the footage: