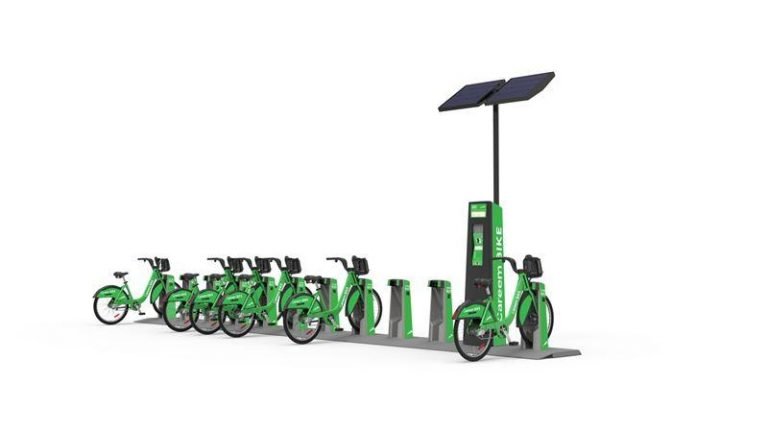 The future is coming and it’s on two wheels. Taxi-app company Careem is moving into the bike-sharing business in Dubai with new docking stations spotted across Dubai.

Careem has teamed up with the Roads and Transport Authority (RTA) to create Dubai’s first bike-sharing scheme. The e-bikes have a range of up to 70 km and are capable of speeds up to 25 km/h.

After signing the deal last November, Careem bike docks have been spotted around the city this year including in Dubai Media City, Marina Mall and The Greens. The plan is to launch 1,750 bikes and 175 stations in the first two years of operation, before growing to 3,500 bikes and 350 docking stations.

Like the taxi service, the Careem bike-sharing scheme in Dubai will run using a dedicated app. Bikes can be hired and paid by the hour and a wireless GPS system will track the bikes and monitor high use areas.

As well as hopefully reducing the number of car trips taken around Dubai, the scheme also runs by solar power, making it a truly green initiative.