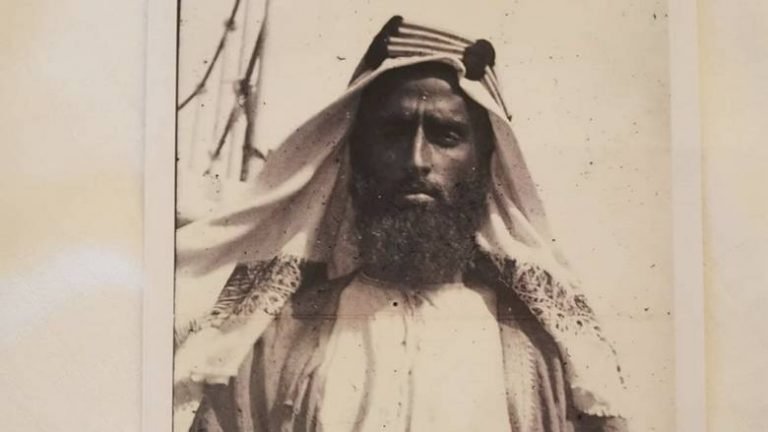 Who is this Emirati in this 150 year old photo?

Who is this Emirati man in this 150-year-old photo?

This photo of an Emirati man taken 150 years ago has recently gone viral and for very good reason and not just because it looks very, very cool.

The Emirati man in the very cool photo that was recently re-discovered is none other than Sheikh Zayed the First – the grandfather and namesake of the UAE’s beloved founding father, the late Sheikh Zayed bin Sultan Al Nahyan. He was the ruler of Abu Dhabi from 1855 until his death in 1909.

That is some seriously cool history right there!

The image was apparently taken on a naval ship in March 1866 when Sheikh Zayed was 31. And the image was rediscovered in Sheikh Sultan’s library and was too good not to share with the world.

Stay up to date with the latest news and viral features from around the region with our DubaiLAD page here.