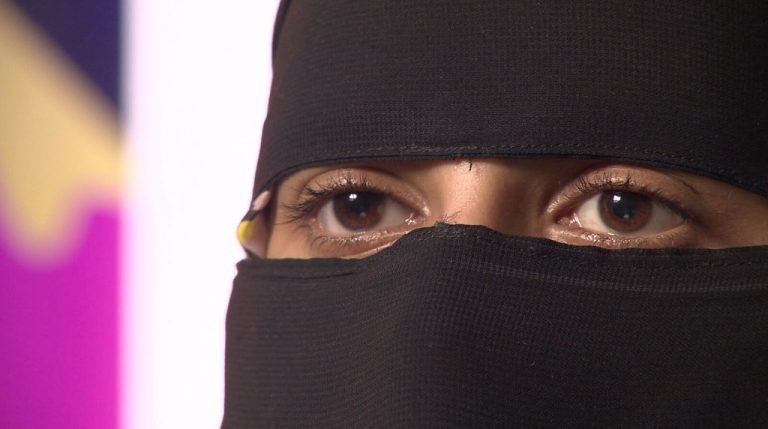 Woman In Denmark Gets Fined For Wearing Niqab

Denmark’s controversial law to fine people for wearing garments that covers their face without any recognizable purpose has been enforced and the world is shocked by the first fine been issued.

Woman was fined for wearing a niqab

Last Wednesday, Denmark’s law came into effect which reads “anyone who wears a garment that hides the face in public will be punished with a fine”. After two days, the first fine was issued to a woman at a mall in Horsholm when she refused to remove her niqab. A fight broke out between the woman wearing her niqab and another woman, who attempted to remove her niqab, but she refused to do so. Eventually, she was fined 1,000 Kroners(Dhs 573).

Covering the face is applicable for reasons such as cold weather, legal requirements and for protection while riding a motorcycle according to the Danish law, but a burqa and niqab doesn’t comply. What’s more, their government believes the law has nothing to do with religion and allows people to wear headscarves, Jewish skullcap and turbans.

Crowds gathered in large numbers at Copenhagen on day one of the law to protest against the government and many of them appeared wearing makeshift face coverings. Yet, the police didn’t fine any of the protesters. Simultaneously, a protest took place at Aarhus. The law has angered human rights activists and NGO Human Rights Watch called the law “discriminatory” and the “latest in a harmful trend.”

Check out this viral image from the protests

While protests have been going across the European country, Andrew Kelly, a photographer from Reuters captured a moment of the protests showing a Danish policewoman hugging a woman in a burqa and is seen in tears. Not only did the photograph stun those following the protests, but reflected on the sad situation in the country, calling for action by human rights activists.